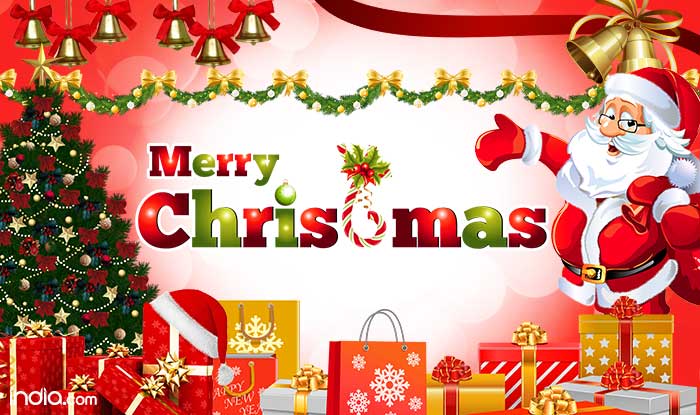 This is my last work and  know Christmas is not that soon, but i will not have another chance to do it and it´s my favorite holiday and time of the year. so here you have a few fun facts about it, i hope you enjoy them! 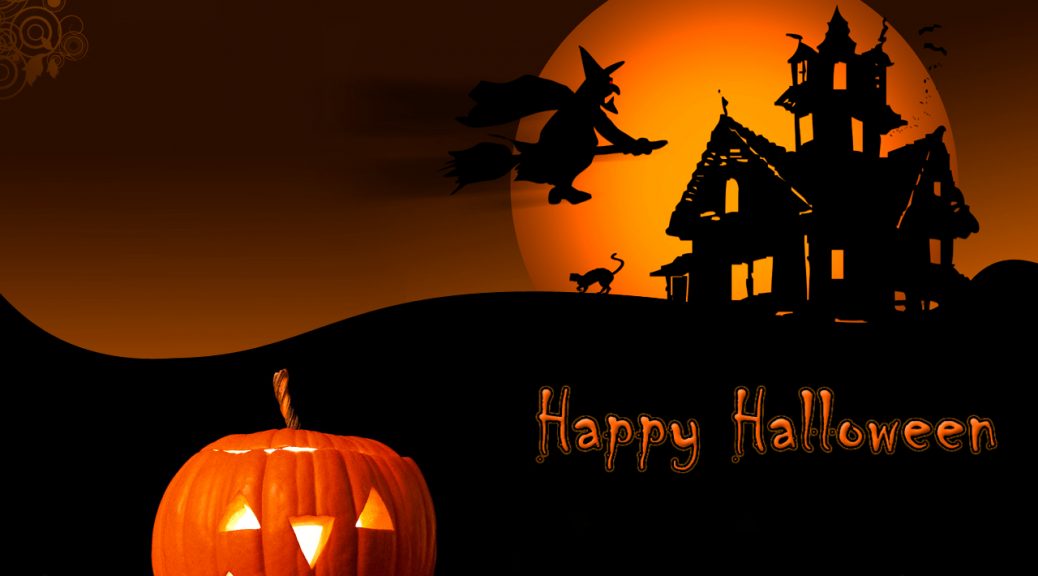 Halloween is coming in one more month so i wanted to give you a few fun facts about it.

3. In a few American towns, Halloween was originally referred to as “Cabbage Night.”

5. Halloween is the second highest grossing commercial holiday after Christmas.

7. According to popular belief, witches held one of their two main meetings, or sabbats, on Halloween night.

8. Samhainophobia is the fear of Halloween.

9. According to tradition, if a person wears his or her clothes inside out and then walks backwards on Halloween, he or she will see a witch at midnight.

10. It’s believed that Halloween has been around for 6000 years.

13. The first Jack O’Lanterns were actually made from turnips.

18 of September is coming  and we are going to celebrate it as we should, here you have a few facts about our country:

1.- We have the world’s biggest swimming pool, located in Algarrobo.

2.- In Chile, you can find the driest place on earth, the atacama desert.

3.- Chile is a World Class Wine Destination, and the Ninth Largest Producer of Wine.

4.- Chile Has One of the Longest Coastlines in the World.

5.- The origin of the name Chile  may come from the indigenous Mapuche word “chili,” meaning “where the land ends.” It could also be based on the Mapuche imitation of a bird call which sounds like “cheele cheele.”

6.- Chileans are thesecond biggest consumers of bread in the world.

7.- The largest earthquake ever recorded – a 9.5 on the Richter scale, was in Chile.

8.-  The colors and symbols on the Chilean flag stand for: White – the snow of the Andes Mountains; Blue – the sky and the Pacific Ocean; the star – guidance and progress; Red – the blood spilled in the fight for independence.

9.- Chileans are very warm people, so don’t be surprised if they give each other (and you) a peck on the cheek in greeting. It’s the Chilean way!

10.- Chile is the world’s longest country from north to south measuring at 4,620km

11.- There are approximately 90 active volcanoes in Chile.

13.- Outside of Spain, Chile has the largest library,  containing 1.8-million volumes.

14.- In Chile, the act of not wearing underwear  has been called “to go gringo-style”

15.- Chilean Patagonia is one of the cleanest places on the planet.

16.- The cueca, which resembles the mating ritual of hens and roosters, is the national dance of Chile.

Have fun at the National Holidays! 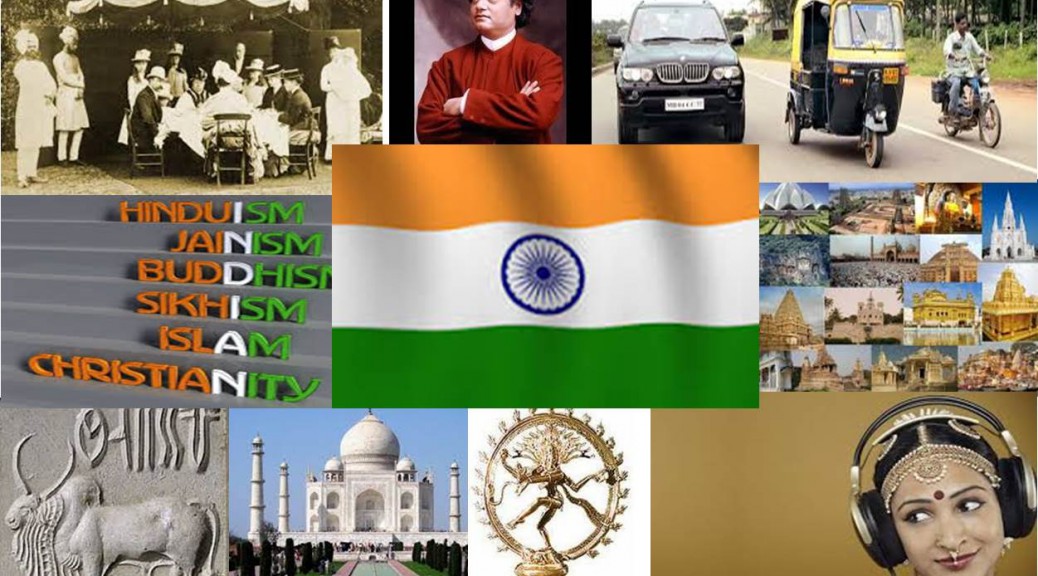 This week we are celebrating India so here you have a few fun facts about this beautiful country.

2.- It’s illegal for foreigners to take Indian currency (rupees) out of India.

3.-  Breathing the air in Mumbai, India, for just one day is equivalent to smoking 100 cigarettes.

4.- The world’s biggest family lives together in India: a man with 39 wives and 94 children.

6.- A con man in India repeatedly “sold” the Taj Mahal, the Indian parliament and various other heritage sites. He was sentenced to 113 years but managed to escape prison 9 times. The last time, he was 84 years old.

7.- Only about 1 in 100 marriages in India end in divorce, one of the lowest rates in the world.

8,-  The Bengal Tiger is the national animal of India.

10.- Police officers in one state in India are given a slight pay upgrade for having a moustache. 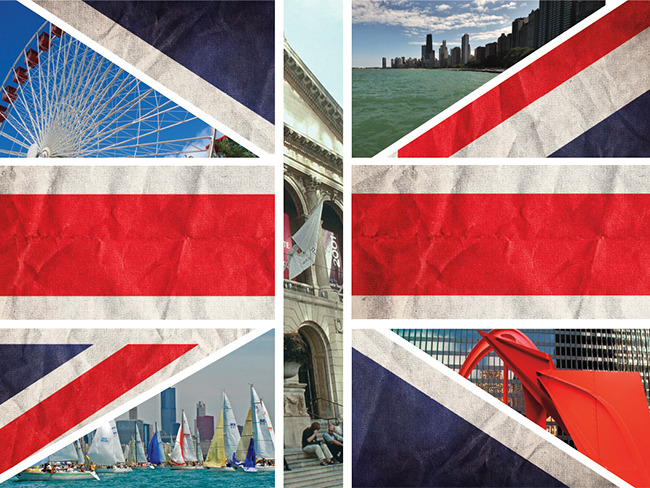 This week is the United Kingdom week so here you have some facts about it:

1- The Queen of the UK is the legal owner of one-sixth of the Earth’s land surface.

3- The UK is the first country in the world to allow the creation of babies from the DNA of three people.

5- There is a limit of 12 minutes of commercials, per hour of television, in the UK.

7- Champagne was invented in England by scientist Christopher Merret in 1662.

8- In the UK, it is illegal to ride a hoverboard scooter in public.

7- The terms “UK” and “Great Britain” are not interchangeable: the United Kingdom includes Northern Ireland, while Great Britain does not.

8- Probably built around 3000 B.C., Stonehenge has stood on England’s Salisbury Plain for more than 5,000 years and is older than the famous Great Pyramids of Egypt.

12- football creation: The medieval version of football was so violent that the matches frequently resulted in serious injuries and even death. 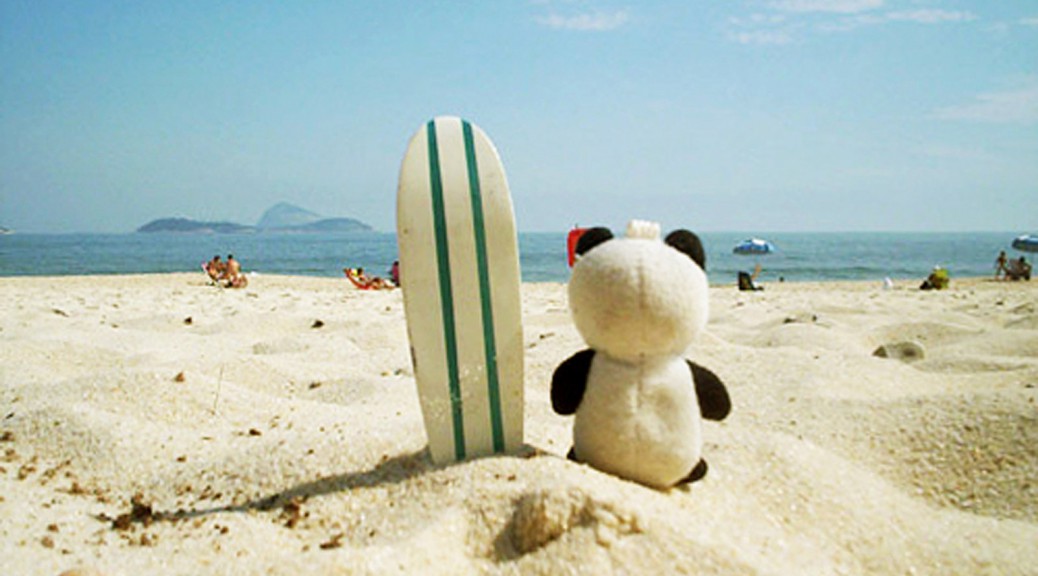 We just arrived from vacations and here are some fun facts about them.

2. One out of eight jobs in the U.S. depends on travel and tourism.

3. Taking a vacation can lower your risk of heart disease.

5. Travel has been shown to help aid those suffering from depression.

6. And travel has been shown to promote overall brain health.

7. Travel can make you more creative.

8. Your productivity will improve:  Skipping a vacation might seem like it’s a surefire way to get more work done and cram in more productive hours, but it’s actually just burning you out. A 2010 study found that 35 percent of Americans are more productive after a vacation; by taking the time off to recharge your batteries, your brain will be well-rested and better able to tackle your workload. 4. You’ll be less stressed. 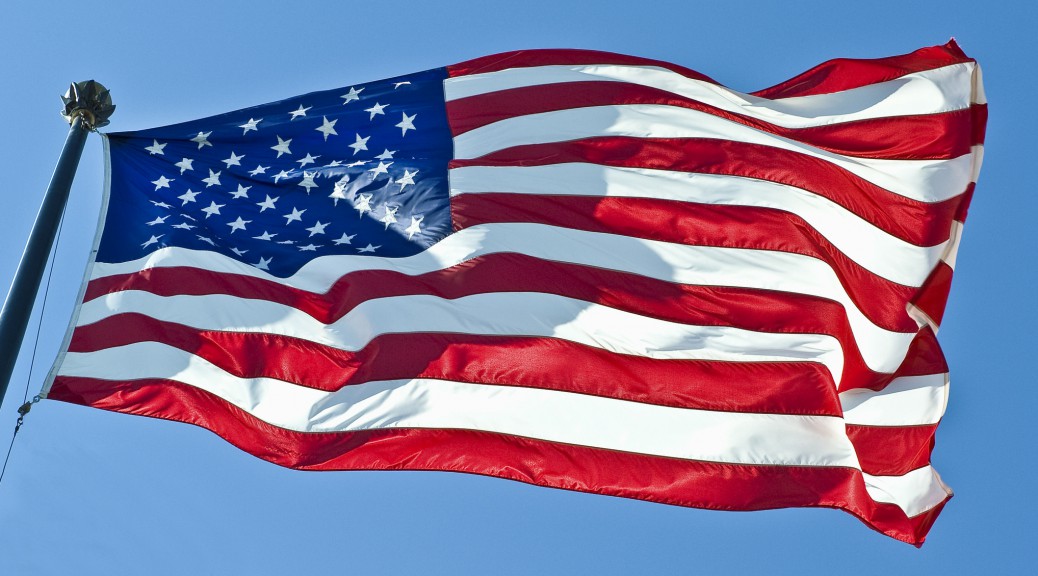 4 of July is near and here you have a few fun and weird facts about the U.S.:

1- Its illegal to a mustache man to kiss a girl in the state of Iowa.

2- there’s a tree in Georgia that is the legal owner of itself.

3-  Montana has three times as many cows as it does people.

4- The original name of the city of Atlanta was “Terminus“.

5- The state with the most millionaires per capita is Maryland.

8- One American consumes as many resources as 32 Kenyans.

11- 9 million people are in prisons around world, and a quarter of them are in the U.S.

13- Apple has more operating cash than the U.S. Treasury. 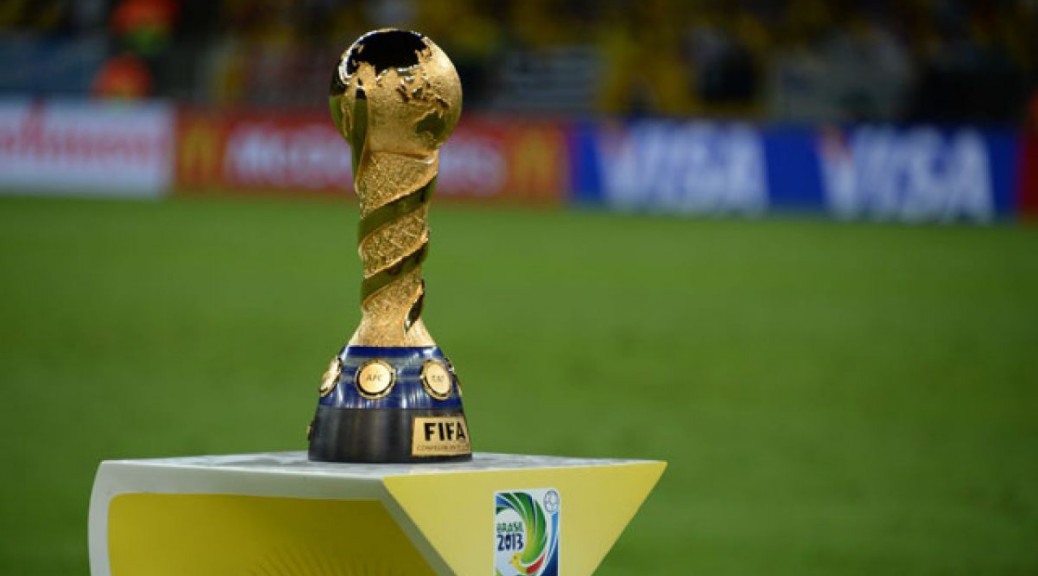 Chile is playing the “Copa confederaciones” and all of us want to know more about it so here you have a few fun facts:

4- Four different stadiums across four cities will host the matches: Saint Petersburg, Moscow, Kazan, and Sochi. It will be the first time Russia hosts the tournament, and the third time the Confederations Cup is held in Europe. 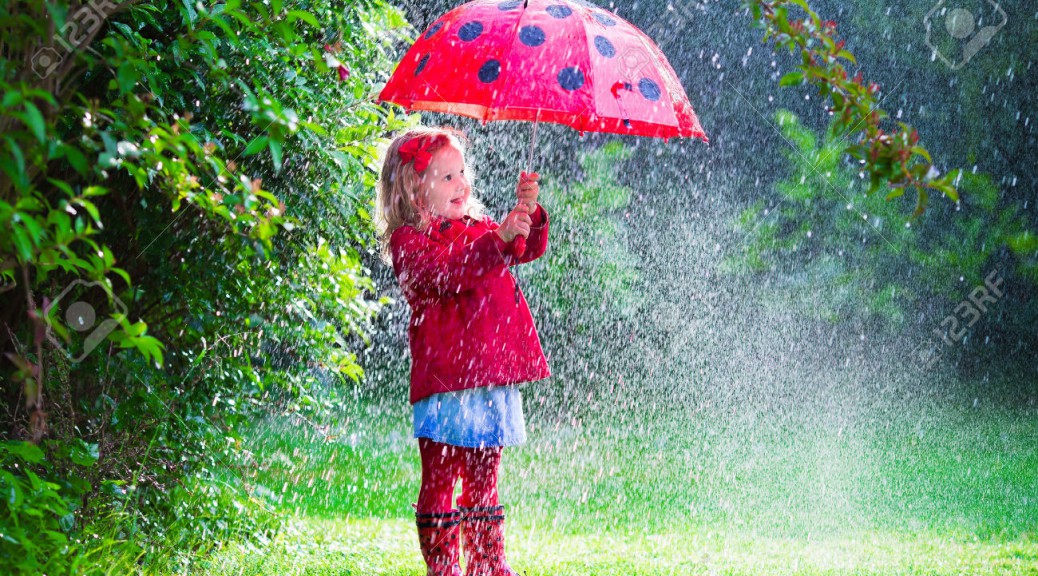 It´s raining a lot in santiago this weekend and im going to tell you a few fun facts abuot the rain:

1- If you run in the rain you will get less wet! The faster you get out of the rain, the drier you’ll be, regardless of the additional raindrops you run into.

2- The least rainy place on earth isn’t in the desert, the place where it rains more it´s the antartica even though it´s covered by ice, it only gets 16 cm a year.

3- Raindrops are shaped as hamburger buns. As a rain drop falls, it becomes less spherical in shape and becomes more flattened on the bottom like a hamburger bun. 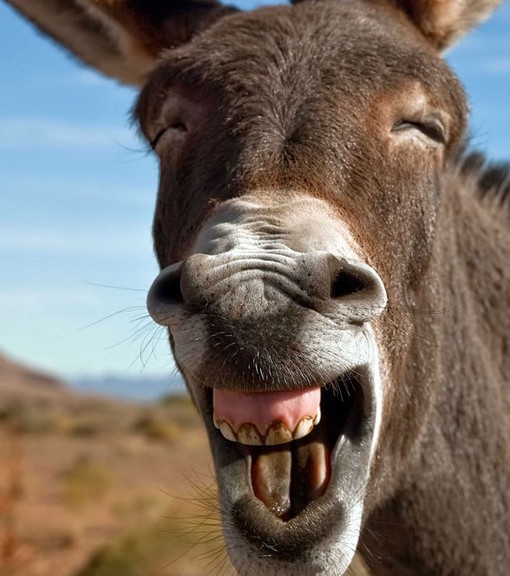 1. Gorillas can catch human colds and other illnesses.

2. A newborn Chinese water deer is so small it can almost be held in the palm of the hand.

3. Ostriches can run faster than horses, and the males can roar like lions.

4. A lion in the wild usually makes no more than twenty kills a year.

5. The female lion does ninety percent of the hunting.

6. The world’s smallest dog was a Yorkshire Terrier, which weighed just four ounces.

8. Almost half the pigs in the world are kept by farmers in China.

9. On average, dogs have better eyesight than humans, although not as colorful.

10. Deer have no gall bladders.