Congratulations to the finalists for the 1st Annual English Day Trivia Contest.

Trivia finalists, use the following links to prepare for the Championship round:

Some games on Sporcle and Quizlet to practice: click here 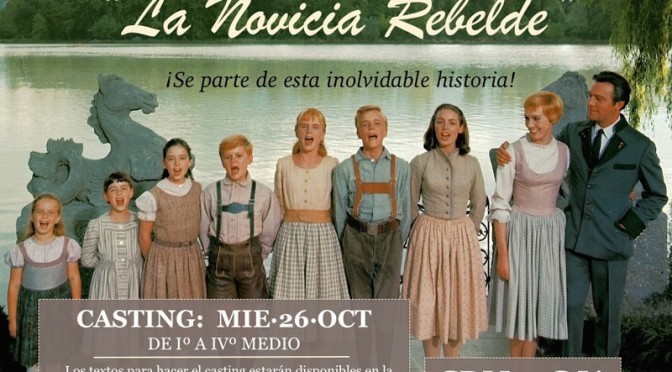 As is common, in december will be the Final Party show where students of all grades will participate during a musical. the show is a tradition of the school to start summer vacations and say goodbye to the last year. The show has been some famous movies or plays like DISNEY CLASSICS, GREASE, LA PERGOLA DE LAS FLORES, etc…

But this year will be the turn of THE SOUND OF MUSIC, the classic story of the austrian novice who went to the mansion of a captain who is widower with seven children to take care of them. In the story there was some problems like the baroness, the funny uncle and of course the nazi german invasion to Austria.

The theater team will do a casting to everyone who want to be part of the staff( principal roles). Probably the elementary students theater will be include in the official cast but that is not  really at all. The casting will be tomorrow in the theater, the dialogue is published on the school page. The songs this time will not be translated as the previous years, will be still in english.

TAKE PART OF THE CASTING, DON´T LET DOWN 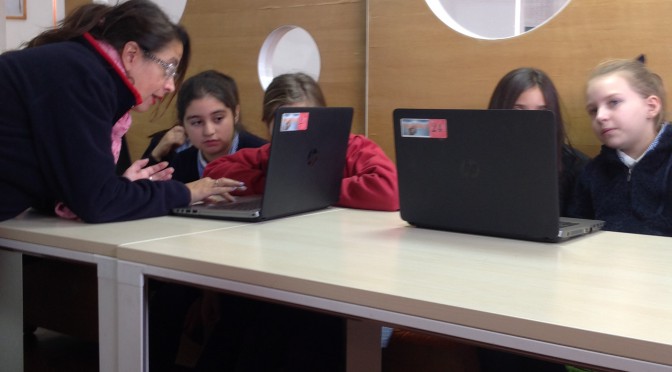 Students in Miss Marcela’s 5th grade class participated in a “Mystery Skype” last Monday. This is a critical thinking game in which students must ask other students from another school in a mystery location around the world Yes or No questions  to discover where they are. It took our students many questions but eventually they guessed correctly–our new friends we met over Skype were in Arlington Heights, Illinois, in the United States!

Check out some of the pictures from this great activity below! 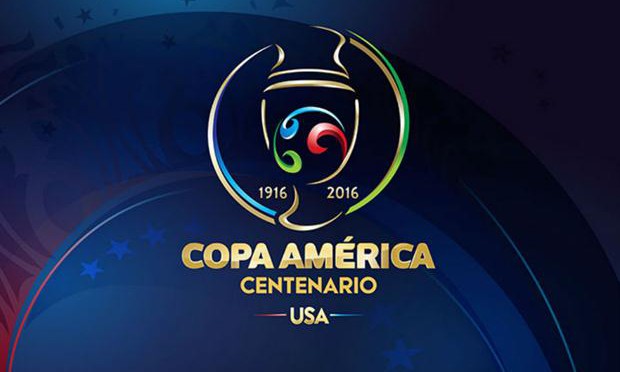 Last july 4th was the end of the copa america CHILE 2015 were the local team won its first title doing penalties with Argentina, then the team won to Brazil for the first time in 15 years, but now the things had changed because Sergio Jadue and Jorge Sampaoli resigned for their respective titles, the new trainer is Claudio Pizzi who lost with Argentina and won with Venezuela last month.

This year is the Centenary Copa America and it will be played in the United Stated, the groups are the followings: Group A. United States, Colombia, Costa Rica and Paraguay. Group B, Brazil, Ecuador, Haiti and Perú. Group C, Mexico, Uruguay, Jamaica and Venezuela. Group D, Argentina, Chile, Panama and Bolivia.

The championship will be from July 3rd to July 26th, there will be 31 match in differents stadiums, they will be the followings: Seattle, Santa Clara, Pasadena, Phoenix, Houston, Chicago, Orlando, Philadelphia, New York, New Jersey and Boston.

MAY THE BEST TEAM WINS 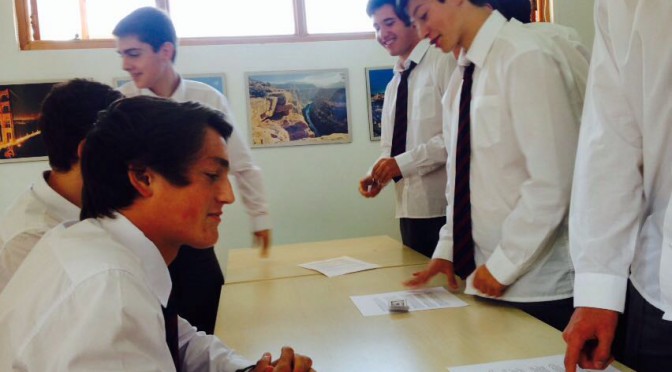 Students from Professor Joaquin’s Chilean History class had the opportunity to learn about an important moment in US history that sent shockwaves around the world: The Stock Market Crash of 1929 and the Great Depression which followed.

First we watched a short YouTube video explaining the idea behind investing in the stock market. Students were given $1000 to invest in a list of historically relevant stocks, and had five minute rounds to buy and sell at updated prices which reflected the boom and bust of the roaring 20’s economy. They could also buy stocks on margins, by borrowing money from the bank. After most of them watched their money evaporate into thin air, they had the chance to discuss how speculation and margins led to irresponsible behavior and created conditions for the crash. 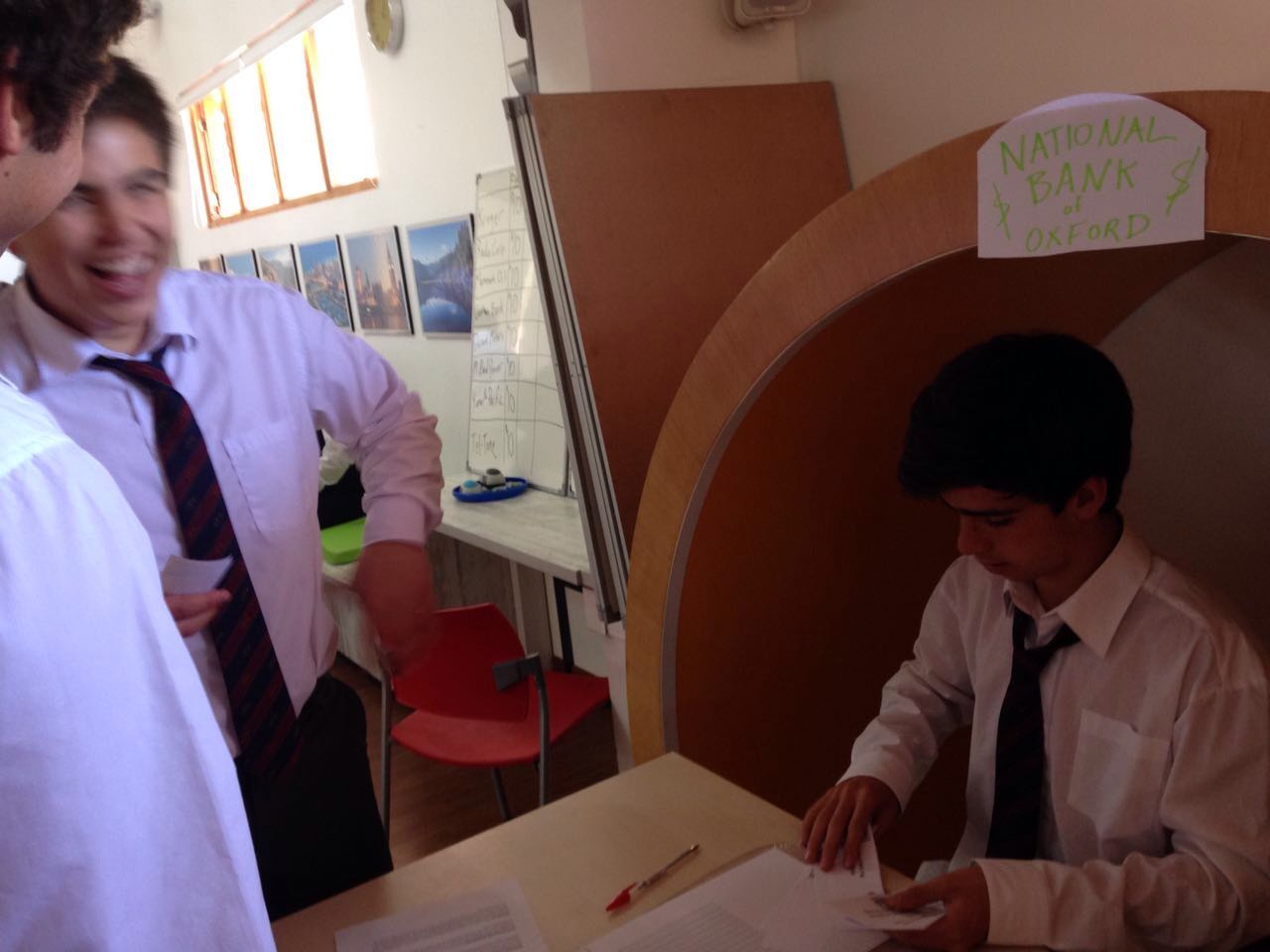 For resources used in the activity continue reading!

END_OF_DOCUMENT_TOKEN_TO_BE_REPLACED 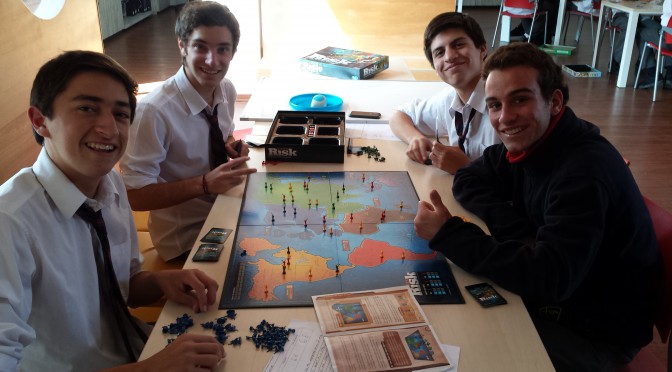 Here are some fun facts about the English Experience Hub in 2016:

1. The Hub had an average of 7 hours of classes every school day! (There are 9 total hours).

2. An average of 113 students visited per day during our recess periods!

4. Every student from 1st-12th grade visited the Hub at least one time. 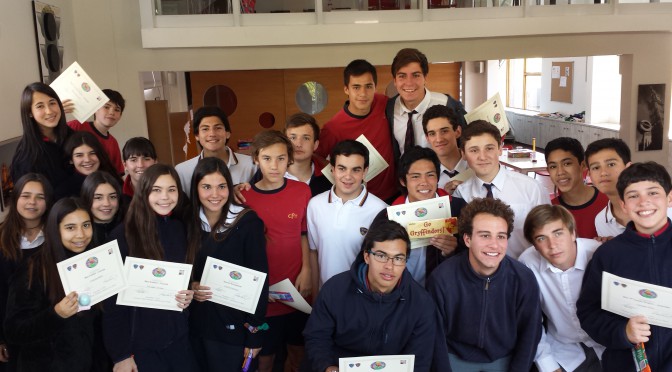 Our English Day festivities were a perfect contrast to the cloudy skies above on Monday, November 2nd. First, students from 1st-3rd grade performed popular folk and children’s songs from the UK, Ireland, Australia, and the USA. Then we opened up the International Festival–a transformation of our sports fields into a showcase of 10 English-speaking countries prepared by the students from 3rd-11th grade. 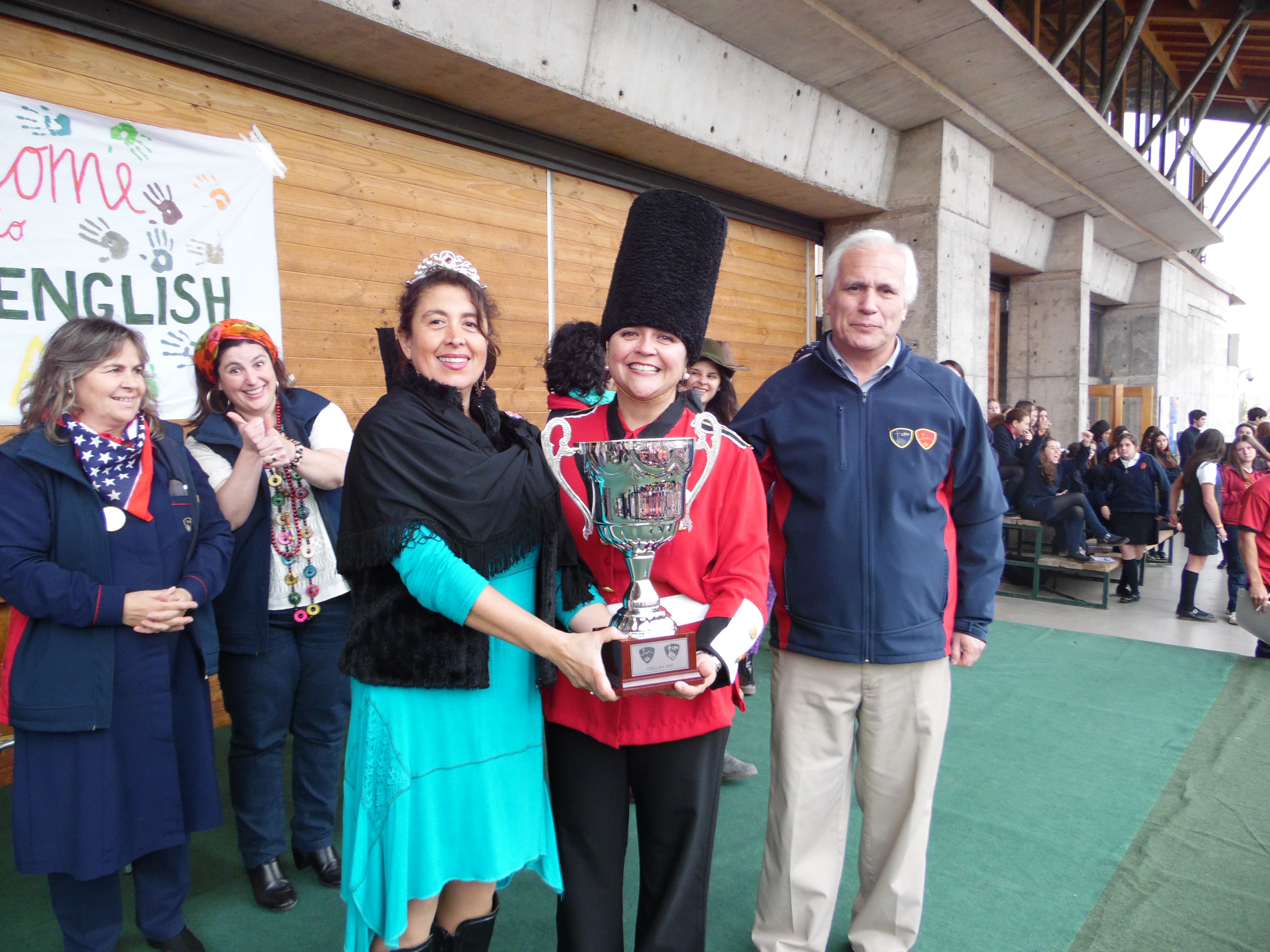 The winner of “Best Country” was the United Kingdom, under the leadership of Miss Marcela Naveas and Miss Veronica Farias.

Continue reading to see wonderful pictures of this great day!

END_OF_DOCUMENT_TOKEN_TO_BE_REPLACED 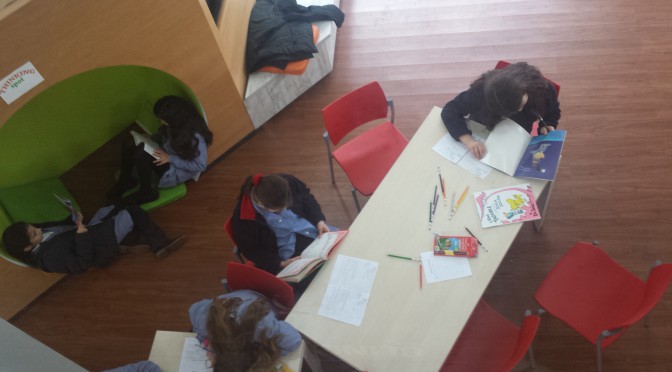 Our 5th grade girls are piloting a new reading club program in the Hub! Once a week, they visit for 20-45 minutes and select books that they are interested in reading. They have the chance to look up new words and record them, along with their reflections about each book, in their official book club guide. Some weeks they also complete special activities to develop specific reading comprehension skills, such as making predictions, using context clues to understand new vocabulary, and more! Stay tuned for links to activities and worksheets we have used. 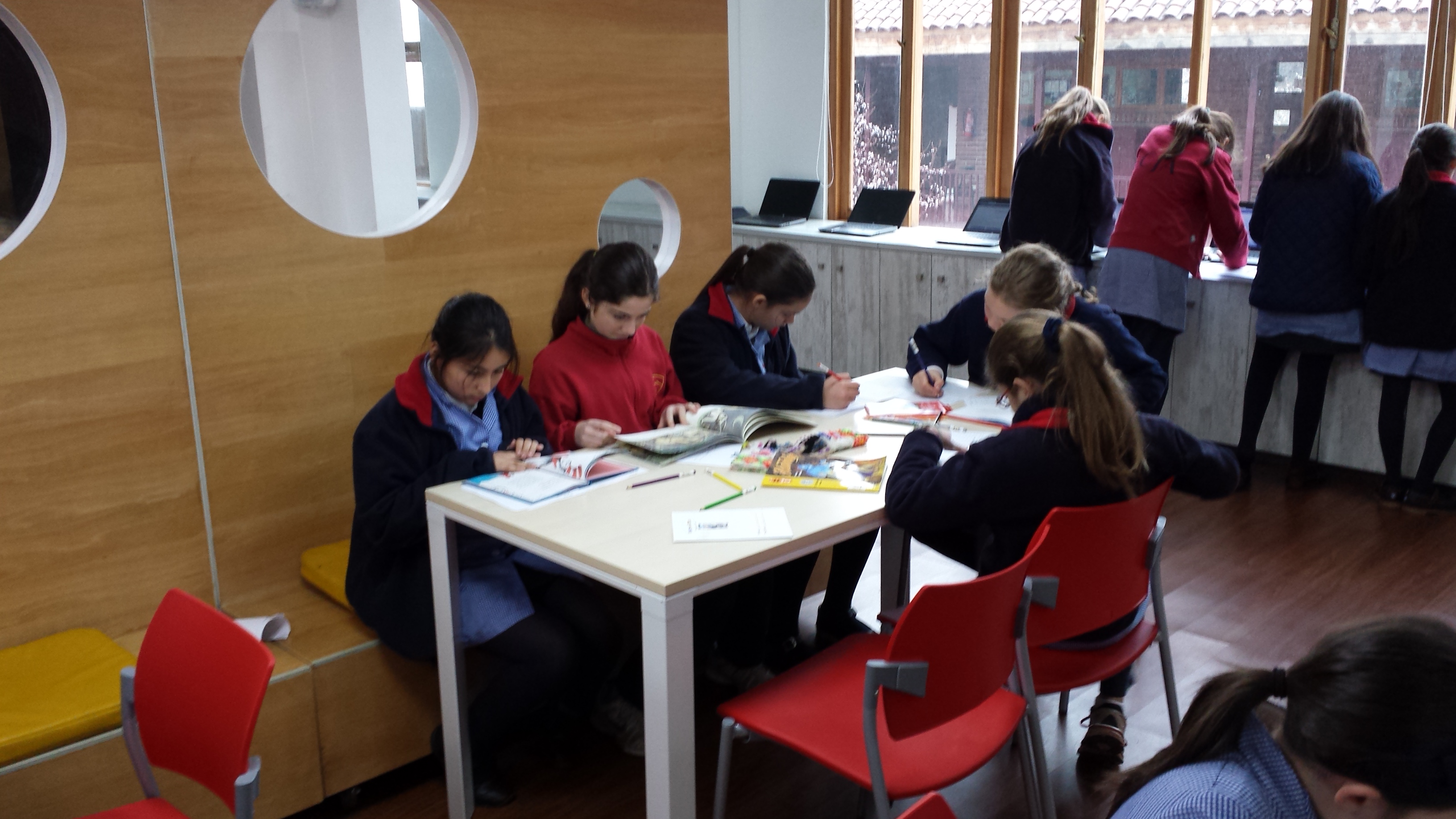 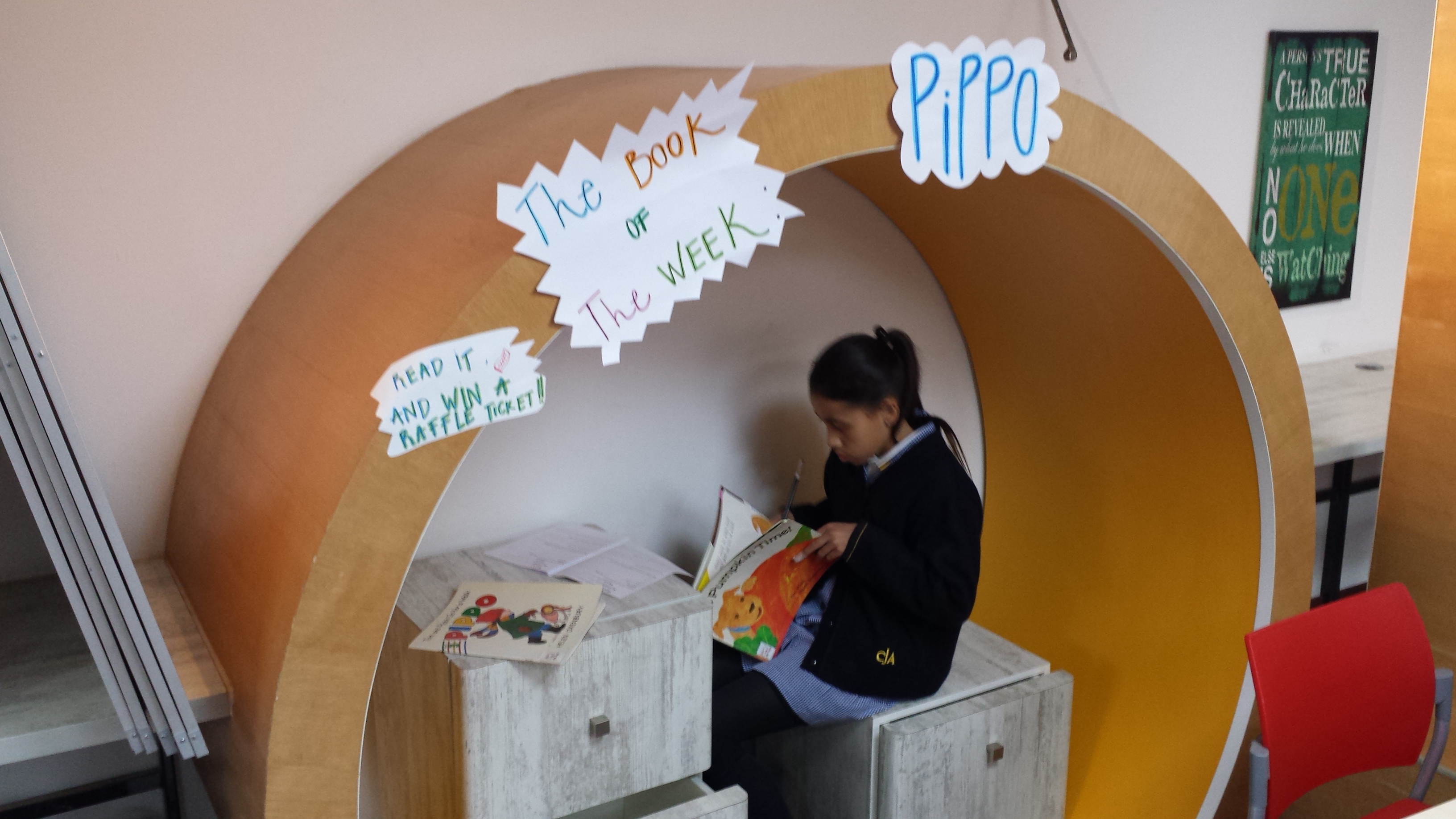 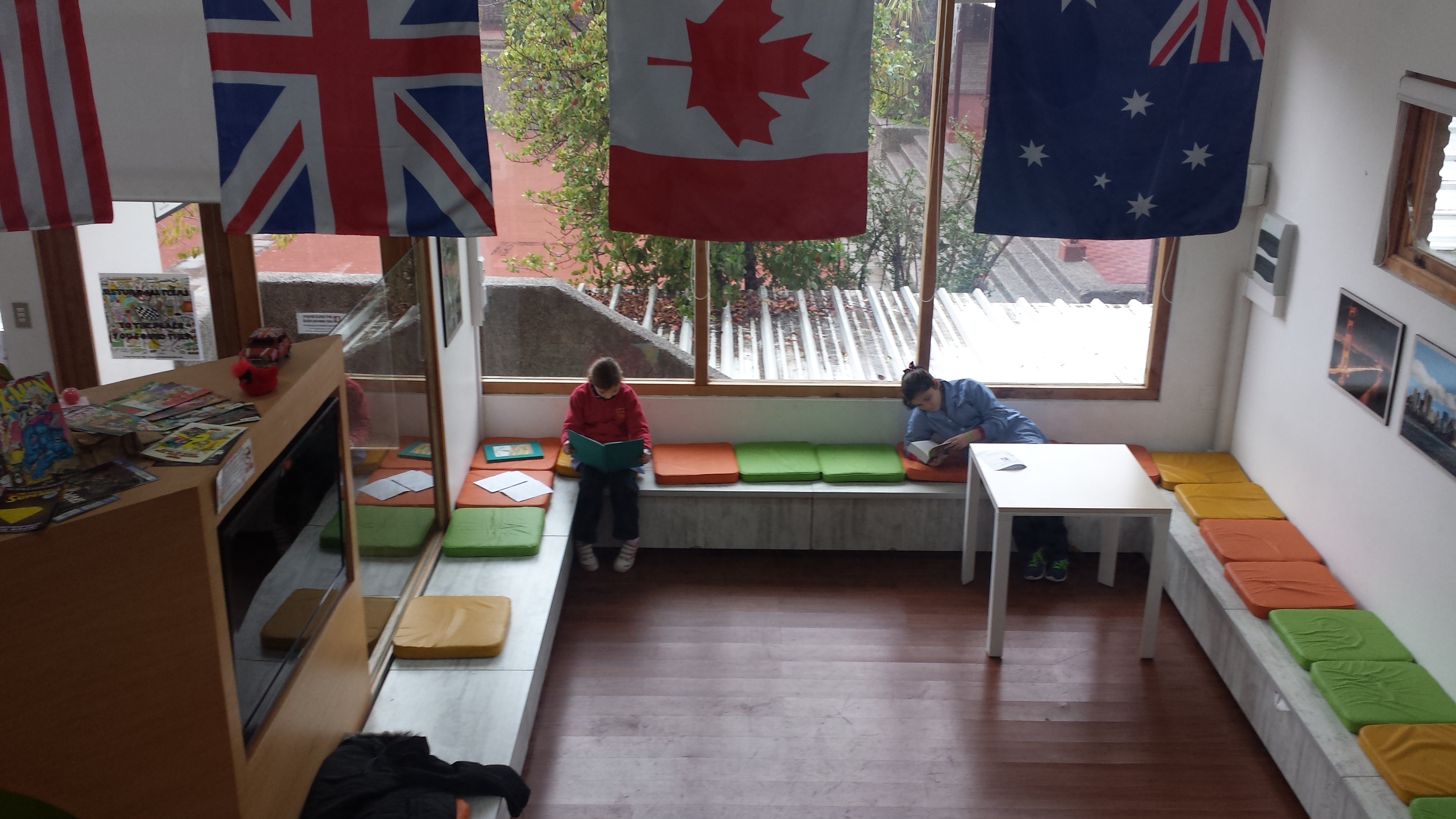 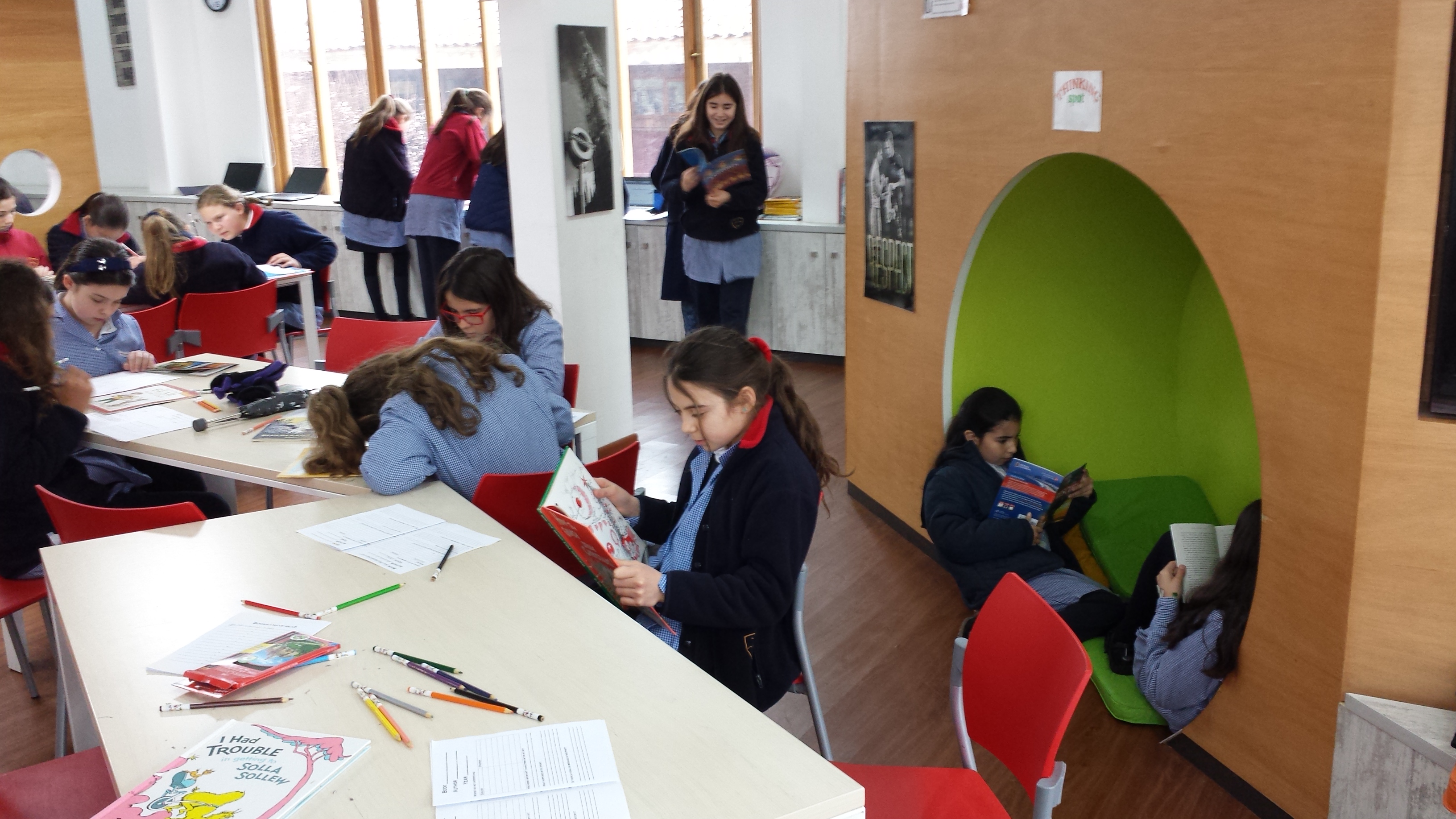 Our expected English Day that was taking place last Thursday 24th of September, was change because of the bad weather that we got that day. Unfortunately, it was moved to the next 9th of November so now we need to wait a lot longer to enjoy it.

In my opinion, it is a sad that the English Day was moved because everyone was expecting it but in the other hand, if this change allows it to be better, it is also necessary. 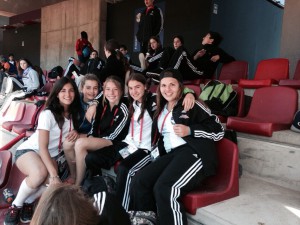 We congratulate our athletes, Magdalena Araya Fuentes (Long Jump) and Francisca Cathalifaud Zilleruelo (Pole Vault), both at the center of the photo, who qualified for the South American School tournament to be held in Asuncion, Paraguay, between 4 and December 13.

An excellent achievement for our students.Congratulations!

By Camila Pumarino and Paula Sierra.